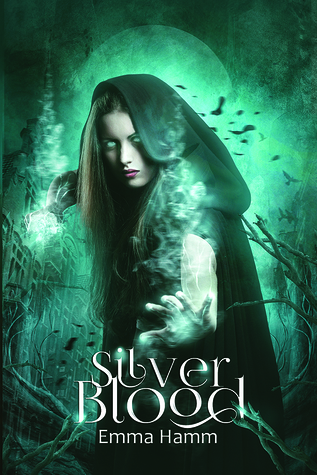 Goodreads Synopsis: A PROPHECY TO FULFILL

Two hundred years ago, our world changed forever. Two realms combined in an explosion of magic. One morning everything was normal and the next? Every human body was host to another magical creature who had thoughts and a mind of its own. However, with power comes darkness. Someone wants to wipe this earth clean and will stop at nothing to consume it.

SHE IS NOT A HERO

Or so she thought. Wren had grown up with another voice in her head but had never considered herself magical. She doesn’t have the talents other people have. She certainly doesn’t have the abilities anyone else has. But she is charming and manages her business quite well. She deals in emotions and makes people happy. It’s a simple life, but it’s hers.

HE THINKS SHE COULD BE

Burke was a bodyguard first and always. He had been sent to collect her and deliver her in person to the most powerful creatures in their world. But the moment he steps through the broken door of her shop, his world changes forever. She’s strange. She’s uncomfortable. And she’s so damned beautiful. He is convinced she is part of a prophecy that can save their world.

But how to convince her?

Have you ever read a book that left you with questions? You knew you had to re-read it because its depth left you wanting/needing more answers and perhaps the same book could answer those lingering questions? Well I did and I loved it.  The writing in this book is so in-depth and descriptive that it left me in awe of the sheer imagination the author Emma Hamm possesses. I’m admittedly not an avid Fantasy reader but that didn’t stop me from flying through this book and loving every minute of it.

I’ve written and deleted my character descriptions about 5 times now, feeling that what I was writing wouldn’t and couldn’t grasp the full extent of the characters. So just know that no matter what I write, it will never do justice to the bright characters of this book.

Wren is an anomaly in every single sense of the word. There are times I think I have Wren and her creature figured out but then I had to go and turn the page and learn I really didn’t have them figured out at all. The best way to describe Wren is that she is a present that you start to unwrap only to find another wrapped package underneath that never seems to end. She is such an independent and strong character that you can’t help but love and admire her strength, that being said the same independence and strength will drive you crazy because at times her life would be so much easier if she wasn’t so stubborn. Wren has a creature who has been with her since the beginning named E and I would love to give a character description of E but its hard to tell where E leaves off and Wren picks up. What I can tell you about E is that it is extremely protective of Wren and I’m not sure there isn’t anything it wouldn’t do for her. Wren is so in touch with who she is and what she’s all about that she thinks the theory of her fulfilling the prophesy is shenanigans and really wants no part in it, anything that could disrupt her life isn’t welcome. Does she really know who she is ? Or is there a possibility there is more to her and her creature than she’s ever known?

Burke has been sent to find the answer to the prophesy and to deliver her to some pretty powerful beings. Though when he finally finds Wren he doesn’t really want to share her with anyone, but for Burke duty comes first. Burke is confused by the enigma that is Wren and the more he hangs around her juice bar the more he starts to figure her out, leaving him enamored with the girl with crazy colored hair. Burke has worked for some pretty powerful people in his life and this time  he feels like he’s helping save the world but he doesn’t want to do it at the cost of losing Wren. Burke’s character is extremely protective, observant, patient and a tad possessive. He really is a highly developed character as well, his instinct is what pops out to me and makes him a perfect male lead.

Silver Blood offers up a unique and memorable plot taking you to a world where humans protect the lives of their magical creatures. It boasts highly developed characters that leave you full of laughter, adventure and wanting more. I highly recommend you give Silver Blood a read…. or two!