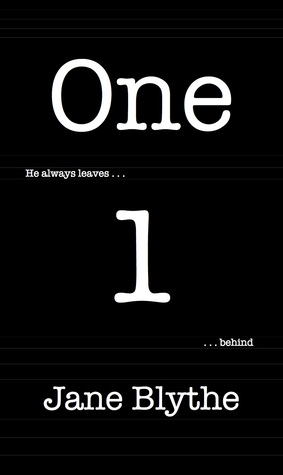 Synopsis: Annabelle Englewood slaughters her family while they sleep. Or so it seems to Detective Xavier Montague when he and his partner arrive at her house to find her sleeping peacefully, her family all dead. But then another family and another are murdered, again with one family member left alive, and it becomes clear that Annabelle is simply a pawn in a vicious killer’s game. Intrigued by Annabelle, the first woman Xavier has been attracted to since his divorce, when he comes face to face with the killer he will be forced to make the ultimate choice, a life and death decision, that could let a psychotic murderer walk free.

When I review I usually leave my rating for the end but due to this being a mixed review I’m going to let you know I give this book 5 stars… So please stick with me all the way through the end.

I feel like I had a love/hate relationship with this book. It took zero time for me to be hooked on it. ZERO. There were times while reading One, that I had to physically put the book down, hug my child, take a minute and return to the book. When writing can effect you so deeply that it takes up emotional residence in your mind, then it has to have been done right. I rarely give a 5 star rating and to be honest I struggled with rating this book as such, but to give it any other rating would have been a severe injustice to Ms. Blythe and her clear talent for detail and story telling.

Annabelle Englewood has just had her whole family murdered, and she is being blamed. She’s devastated, in shock and angry as hell. I don’t know that Annabelle’s character could have been written any better. She’s a beautiful broken soul, who is beyond damaged  yet highly insightful and very aware of her own limitations. Her fear has a way of gripping you as the reader and making you feel fear for her. Detective Xavier Montague has made the mistake of the century by accusing a victim of murder, there isn’t much you can say in the way of an apology but you can promise the almost impossible by promising to catch your families murderer and your tormentor. Xavier is a very determined and thorough detective who spends more time invested in work than he does life. With the help of his partner Detective Kate Hannah,  Xavier is able to work through his growing feelings for Annabelle and the current case of a serial killer on the loose.

This book isn’t a HEA romance so if that’s what you’re looking for then this isn’t the book for you. But if you’re looking for a book that is gripping and terrifying and leaves your soul reaching for more thrilling action then this is definitely for you. I will use the word romance loosely because it’s there but it doesn’t take center stage to the plot. This book hits on some very, very hard topics for me personally. This is where the hate comes into my love/hate relationship for this book.  There is a bit of a spoiler coming up but I promise its only a small, small spoiler. This book features rape in a few instances and to me rape should never be used for entertainment value… EVER…. Yes, I’m very aware that rape is a common occurrence in life but to me its a trauma thru and thru and to read about it when I’m reading for entertainment value makes me feel disgusting, the same can be said for murder which I understand but I promised to give my honest opinion and this is it. So that is where I struggled and if this is a point of sensitivity for you then maybe you should think twice before reading. Even with that being said this book absolutely earned 5 stars through its indepth plot, multi dimensional characters and the authors uncanny way of putting words on paper and turning it into an emotional experience.

One thought on “|Book Review| One by: Jane Blythe”